Agency Relationship of Doctor to Hospital In Medical Malpractice Case 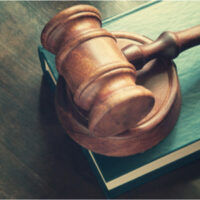 A hospital may be held responsible for the negligence of its physicians under the theory of agency. Two types of agency are:

An actual agency relationship can be established by an employment relationship. Just like in a personal injury case, an employer is liable for the negligent acts of its employees, when the employees act within the scope of their employment. However, a hospital may not necessarily be liable for physicians who are independent contractors.

Where no actual employment relationship exists between a doctor and a hospital, a hospital may still be liable for the negligence of a doctor based on apparent agency. Apparent agency exists if the following three elements are present:

Alternatively, an apparent agency relationship may be present where there is a lack of choice on the part of the patient. The element of reliance is met where a patient relies on the hospital to provide health care services rather than relying upon a specific physician while merely looking to the hospital as a conduit through which the patient receives medical care. Ramos v. Preferred Med Plan, Inc., 842 So, 2d 1006 (Fla. 3d DCA 2003).

The Plaintiff visited a hospital with severe abdominal pain and it was determined that he required an emergency appendectomy. At 4:00 AM, while waiting in the preorperative area, the Plaintiff met the surgeon who would perform the procedure. The surgeon wore a white coat that had the word “general surgeon.” The Plaintiff was given the option of choosing a different surgeon, but he would have to wait 5 hours. Although the Plaintiff felt uneasy with the on call doctor, he reportedly decided to “take his chances” and underwent the surgery. The surgeon neglected to give the Plaintiff any antibiotics following the surgery and the Plaintiff developed a significant post-operative infection as a result. The Plaintiff filed a lawsuit against the surgeon and the hospital based on a theory that the doctor acted as the apparent agent of the hospital.

The Fifth District Court of Appeals found that a reasonable jury could find an apparent agency relationship between the doctor and the hospital. The court based this decision largely on the fact that the Plaintiff did not have the ability to negotiate or select his health care provider. Accordingly, the Plaintiff relied on the hospital to provide him a physician. The issue of apparent agency was remanded to the trial court.