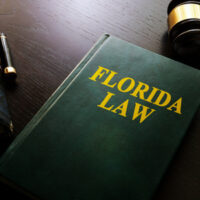 Earlier this month, the South Florida SunSentinel reported on the death of a driver who, according to police, got caught up in a high-speed street race.  People who were working in the area who heard the crash said it sounded like an explosion and shook building walls, building walls, according to the news report. Just last fall, the SunSentinel reported on another crash with serious injuries that was attributed to a car race. The driver involved in that crash was driving at more than twice the speed limit (85 mph in a 45 mph zone). As these news reports make clear, injuries resulting from unfortunate chance encounters with racing drivers can be severe, and cause death. If you or a loved one is involved in a crash with a car racing driver in Florida, it is important to consult with an experienced car accident lawyer to understand your legal remedies and rights.

Florida law has a specific provision that prohibits racing on Florida’s highways. Under this law, racing and drag racing are illegal. Also illegal are participating or coordinating facilitating or collecting money for races, and being a willing passenger or other purposeful participant in any race. Violators are subject to penalties that include fines and revocation of driver’s licenses. The law allows a police officer who has probable cause to suspect a violation of this law enter and order to impound or immobilize a vehicle.

Florida law also makes it illegal to be a spectator to a drag race. Spectators are people who are purposefully present at a drag race, and their status as spectators may be determined by factors such as their relationship to the racers and whether they are gambling on the race.

What is Illegal “Drag Racing” Under Florida Law?

“Drag racing” has a specific definition under Florida law. Drag racing is defined as:

What is Illegal “Racing” Under Florida Law?

“Racing” has its own definition, as distinguished from “drag racing,” under Florida law. Racing means using one or more motor vehicles in a competition that started by way of a challenge to demonstrate one vehicle’s  superiority, and the acceptance of (or a competitive response to) that challenge. The race can be spontaneous or made through a prior arrangement or agreement. A race may involve: