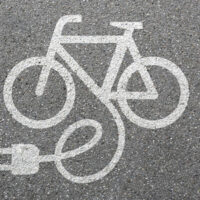 Have you ever ridden an electric bicycle (commonly known as an e-bike)? Have you seen someone else riding and e-bike on the bicycle path, the bike lane, or even the road? In any of these cases, have you wondered whether there are specific rules and regulations that apply to e-bikes, and whether they are safe? The answers to these questions are becoming increasingly important since, according to a recent report on Forbes.com, as well as a report by the National Conference of State Legislatures (NCSL), the popularity of e-bikes is on the rise.

What is an E-bike?

An e-bike is basically a bicycle that gives the rider an option to activate a motor assist during riding; according to Cycling Weekly, it is a traditional bicycle combined with a battery and motor that the rider can call on to aid in his or her pedaling efforts.

According to peopleforbikes.org, 22 states, not including Florida, have adopted a classification system that divides e-bikes into three categories:

This classification system provides a framework states can use to regulate the use of e-bikes, allowing e-bikes of different classes to operate on different types of roadways, including bicycle paths and bicycle lanes.

In Florida, there is no classification system to differentiate among e-bikes. Rather, an e-bike is generally included under the definition of “bicycle,” subject to the same rules and regulations as are all bicycles, as long as it fits within the statutory definition. The definition is therefore important. Under Florida law, a “bicycle” is defined to include:

What Regulations Apply to E-bike Riders in Florida?

Because they are considered to be bicycles as long as they fall within the definition provided under Florida law, e-bikes are generally subject to the same state bicycle law rules and regulations as are traditional bicycles. Riders therefore have all of the rights and are subject to all of the responsibilities that are applicable to drivers of other vehicles.  In addition, the definition of bicycle expressly provides another limitation – a person under age 16 may not operate or ride upon a motorized bicycle.

Given the increasing popularity of e-bikes, it is not surprising that safety concerns are paramount. In fact, according to the National Conference of State Legislatures (NCSL) report, a 2015 survey of American’s attitudes towards e-bikes indicated safety as a top concern among an overwhelming majority of those surveyed. If you have questions about e-bike safety, or are injured in an accident involving an e-bike, contact and experienced Fort Pierce bicycle accident lawyer serving St. Lucie & Martin County at Sholtes Law, PLLC.