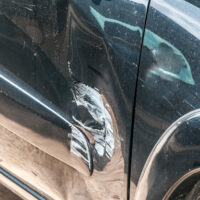 For any driver, being involved in a car accident can be extremely upsetting. Immediately after the accident, drivers may be upset and uncertain – about their injuries, their responsibilities, and what to do next. One requirement Florida imposes on drivers who are involved in accidents is that they not leave the scene of the accident. Nevertheless, hit and run crashes are not uncommon in Florida.  Earlier this week, news reports told the story of a hit and run crash that killed a mother of three as she was walking home from work in Miami-Dade. Also in the news recently were reports of an arrest in Tarpon Springs of an allegedly impaired driver who, according to Florida Highway Patrol Troopers, allegedly caused an accident that involved serious injuries and fled the scene.

According to an article published by the Herald Tribune, over 100,000 hit and run accidents occurred in Florida between January 2018 and October 2019. Over 20,000 of these accidents involved injuries and over 200 involved fatalities. Based on these statistics, most hit and run accidents involve property damage rather than injury or death. Under Florida law, whether an accident causes property damage alone, or property damage as well as injuries, a driver may not leave the accident scene unless he or she has complied with the basic requirements outlined below.

What Does the Law Require?

A number of different Florida laws contain the rules that Florida drivers must obey when they are involved in car accidents. Some of these laws apply to accidents where the damages only involve property. Other laws apply when the crash involves personal injuries or death.

Crashes that Only Involve Property

When a car accident results only in property damage, with no injuries, Florida Laws (Section 316.061 and 316.062 of the Florida Statutes) generally require the drivers to:

Violating this law is a misdemeanor offense.

If the accident involves a crash with an unattended vehicle, Florida Law (Section and 316.063 of the Florida Statutes) requires the driver to:

Violating this law is also a misdemeanor offense.

If you have been involved in a hit and run accident and want to know more about your rights, contact a Fort Pierce car accident lawyer serving St. Lucie & Martin County at Sholtes Law, PLLC. We are here to help you throughout each step of your case.