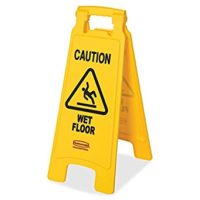 An attorney may be able to also recover non-economic damages if you are injured in a slip and fall accident. Non-economic damages include pain and suffering, disfigurement, mental anguish, inconvenience and loss of capacity for the enjoyment of life.

The Florida Third District Court of Appeals recently overturned a case where the trial court awarded a person who was injured in a slip and fall case was awarded their past medical expenses at trial, but was not given any money for pain and suffering damages. In Cabrera v. Wal-Mart Stores, LP, 45 Fla. L. Weekly D2812 (Fla 3d DCA December 16, 2020), the Plaintiff was injured in a slip and fall accident. The case proceeded to trial, and the jury returned a verdict that awarded the Plaintiff her medical expenses that she incurred as a result of the slip and fall. However, the jury did not award any damages for past pain and suffering. The Plaintiff moved the trial court for an additur, to increase the judgment to award damages for pain and suffering. The trial court denied the motion and the case was appealed.

The Third DCA returned the case to the trial court with instructions to either have a new trial solely on the issue of past pain and suffering damages or for the trial judge to grant the motion for additur and enter an award for pain and suffering damages. The appellate found that, “where ‘the trial evidence of the existence of such is substantially undisputed,’ and ‘when a jury finds that the plaintiff suffered injuries that required treatment as evidenced by an award of past medical expenses,’ a verdict devoid of past noneconomic damages is inadequate, as a matter of law.” Cabrera v. Wal-Mart Stores, LP, 45 Fla. L. Weekly D2812 (Fla 3d DCA December 16, 2020).