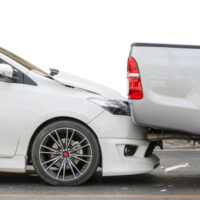 What is Necessary to Rebut the Presumption of Negligence in Rear End Collision Cases?

Generally, in order to rebut the presumption of negligence on the part of the rear-ending driver, evidence must be presented that tends to show that the presumption is misplaced or that the facts, as they occurred, are not in accordance with those that would give rise to the presumption.

Recently, in Fonger v. Nall, the District Court of Appeal of Florida, Fifth District, had occasion to consider the scope of the presumption of negligence on the part of the rear-ending driver in an auto collision case. The court noted that Florida courts have recognized the following four circumstances as among those that may rebut the presumption:

Under Florida law, a driver to the rear of another may not follow more closely than is reasonable and prudent under the circumstances. In Fonger v. Nall, the court elaborated on this, and stated that: