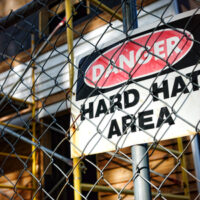 According to the Federal Motor Carrier Safety Administration (FMSCA), there are over 700 fatalities in work zones every year.  According to the National Work Zone Safety Information Clearinghouse,  there were 66 fatal work zone crashes in Florida in 2018, which resulted in 80 fatalities. These numbers are slightly lower than the average for these crashes and fatalities over the past three years. Given recent numbers, even a slight decrease is positive news. According to the Florida Department of Transportation (FDOT), Florida had the second highest number of fatal work zone crashes in the nation in 2016.

A work zone on a Florida roadway can exist anywhere from a few days to several years, according to the FDOT. Generally, both people and equipment (vehicles, trucks, machines) are present in work zones. Movement of workers and equipment can cause inconveniences to drivers, such as lane closures and detours.

There is a provision of Florida state law that specifically requires highway drivers to yield to highway construction workers. This law,  (Fla Stat 316.079), generally provides that if a Florida driver is reasonably and lawfully alerted to roadwork by a flagperson and a sign or device, the driver must yield the right of way to pedestrian workers who are working on road maintenance or construction work, as well to any flagpersons.  Additionally, drivers on public roadways must yield the right-of-way to escort vehicles or flagpersons moving permitted oversize vehicles when reasonably and lawfully alerted to their presence. A driver who violates this law by failing to yield to the right of way in either of the required circumstances commits a noncriminal traffic infraction, punishable as a moving violation.

Of course, drivers in work zones must obey all of the standard rules of the road. According to the FDOT, speeding and distracted driving are the two moving violations that occur most often in work zones, and traffic laws and rules are enforceable and enforced in work zones to reduce crashes.

Ultimately, safety and efficiency of travel in work zones is the goal in Florida work zones. If you are injured in a work zone accident, and would like to know more about your rights, contact an experienced Fort Pierce personal injury lawyer serving St. Lucie & Martin County at Sholtes Law, PLLC.